With the support and exclusive funding of the company Ismail Abu Dawood (charity section) and under the supervision and care of 4 of the provinces of the Western Region and its administrative centers and the implementation of Sagaf Eye Center and in cooperation with a number of charitiy organizations in those provinces issued the necessary approvals and licenses from:

The necessary permits are being obtained from the province of Amlaj to establish a campaign: (Ayorak Hayat) during the period from the current month of Muharram until the month of Safar for the year 1440, a week in each province, through which the medical examination of the eyes of citizens and residents in villages and Hajr four Targeted governorates also include the campaign to detect pressure and sugar. The campaign aims to achieve the following objectives:

It is expected that the campaign will target 20,000 citizens and residents will be revealed during which, God willing, and the first stations of this blessed campaign will be launched from the province of Leith on Sunday, 1440/01/06 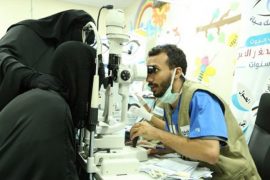 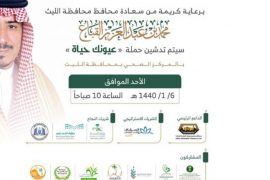 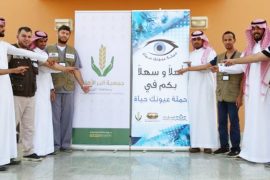